I managed to get two creative prompts done!
#109 was Anniversary: 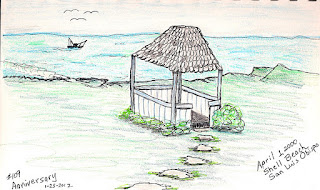 We were married by the sea, in a little gazebo, overlooking the ocean. I hope we can go there again someday, for an anniversary too! The gazebo we actually had was a lot prettier than this one, but you get the idea! Remember, you can click on the pictures for a larger version.
#115 was Flight: 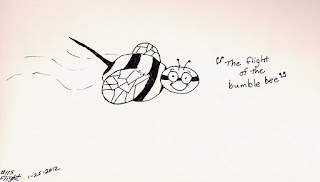 Sometimes I just crack myself up!
Posted by Sherri at 2:10 PM

Great work. I love the story behind the anniversary response!

Sherri
I'm the 'Lazy Quilter' (and crocheter) who doesn't always take the time to try to achieve perfection. I prefer to enjoy the process of creating instead of agonizing over being perfect. I wear the hats of a Quilter, Artist, Crafter, Musician, Wife, Mom, and more, all rolled up into one unique human bean!

Jingly Bits CD only $5 plus shipping!

"Clara the Cow" by Tommy